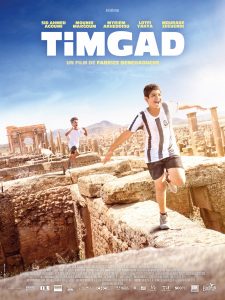 Pitch : The past and present unfold together as Jamel, a young French-Algerian archeologist, is appointed to coach the local football team “Timgad Juventus”. Eleven boys and one girl,  Naïma, are part of the team, they don’t have decent shirt or shoes but are talented and will try their best to win the national tournament. Between ancient vestiges and wounds of recent struggles, Jamel discovers a generation of Algerians who dreams of being reconciled … and champion of football.

Public Prize at the CINEMED of Montpellier 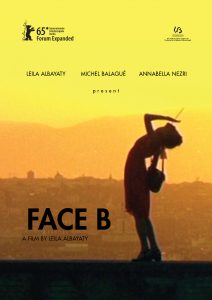 Pitch: Leila, a french actress and musician, pass a casting in Berlin. On the set of the film, she meets artist and musicians and captures images of the shooting. With the footage, she decides to make her own movie. Through reality and fiction, poetry and songs, Leila takes us behind the scenes of an existing film, Berlin Telegram, and offers us its hidden side, real or perhaps imagined … Face B. 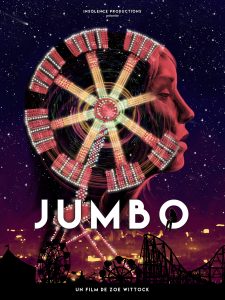 Pitch: Jeanne, a shy young woman, works as a night guard in an amusement park. She lives a fusional relationship with her mother, the extrovert Margarette. While no man can find his place in this duo, Jeanne develops strange feelings of love for Jumbo, the star attraction of the park.

With the support of the CNC, the Belgian Film Fund and the Film Fund Luxembourg. 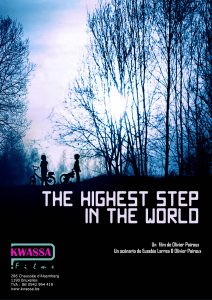 THE HIGHEST STEP IN THE WORLD

Pitch: Both dreamy and gifted, Jim, 11, lives with his father Graham, destined to become the first British scientist to visit space. But when Jim learns that his father has lied to him and has abandoned his mission, the boy’s landmarks are shattered. In his new school, Jim takes advantage of a competition of young scientists to secretly build a balloon, inspired by his idol Joseph Kittinger (first man to reach the border of space in 1960). Although the project is dangerous and the competition hard, Jim is determined to oppose his father and to prove him that he was wrong to give up. In this adventure, Jim can count on Emma, ​​a new classmate. Together, despite their opposite character, they face a challenge that will gradually bring them closer … 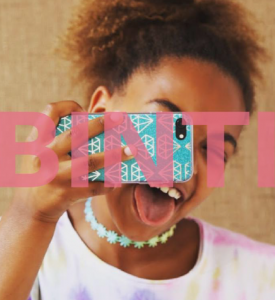 Pitch: BINTI (12), is of Congolese origin but has always lived in Belgium. She wants to become famous thanks to her vlog « Binti’s Bubble ». But her potential expulsion and that of his father JOVIAL threatens to shatter her dream. Binti sees only one solution to the problem: her dad must marry the mother of ELIAS (11), who is Belgian. 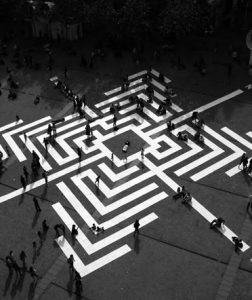 Pitch: 48 hours. Three prisoners go on a weekend leave. Far from the laws that govern prison’s life, they will have to face the remain of their past and find their respective places in a society to which they no longer belong. 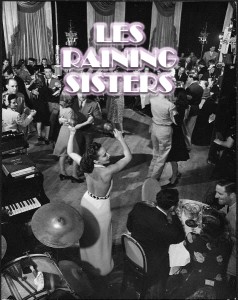 Pitch: The Raining sisters live modestly together. However they have an uncommon gift, when they start singing, it begins to rain. Thanks to this gift, they are hired in the cabaret of their hometown. Each with her own vision of love – Judith preserves herself for Prince Charming whilst Babette tries out every man she meets to avoid missing The One – they both endure the harsh reality of 1950s Berlin.

With the writing support of the Belgian Film Fund 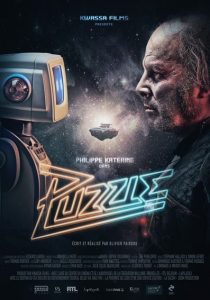 Pitch: After blowing up the earth two years ago, Destructor finds himself quite lonely on his tiny plot of land floating in the middle of space. One day, Cosmo, a little hi-tech toy robot crosses his path and confuses Destructor with Brian, the birthday boy he was destined to.

With the support of the Belgian Film Fund, RTL TVI (Belgian television), LAPILAZULI, the CLAP and the Belgian Federal Government’s Tax Shelter and Take Five. 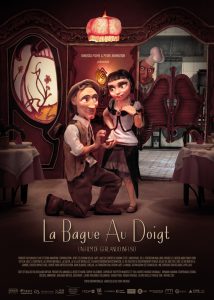 Pitch: Icaro chooses Valentine’s Day to propose to his beautiful Vanilla in their favorite restaurant: The Golden Mussel. But Dimitri, the chef, does everything to get in the way of the young seducer, putting Icaro’s sincere commitment at stake.

In coproduction with Pedri Animation (Holland) and RTBF (Belgian TV)