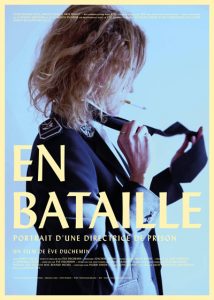 Pitch: An immersive documentary in Marie L’s daily life. At 35 years old, she runs a men’s prison. In the collision between her « real life » and her « prison life », Marie seeks a balance to pursue the difficult job she has chosen which costs her, in some ways, her life as a woman.

Produced by Kwassa Films and SISTER Productions
Coproduced by RTBF (Belgian TV), the Wallonia-Brussels Federation and the WIP.

With the support of ARTE France, the CNC, the COSIP, and the Aquitaine region (France)

Broadcasted in June 2016 on RTBF (Belgian television) and Arte France 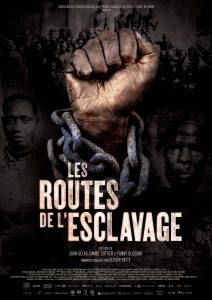 Pitch: Between the 7th and 20th centuries, some 25 to 40 million people were reduced to slavery. This persistent and widespread enslavement process is exceptional for the sheer geographic scale involved, for the permanence of the Asian, Atlantic and African trade systems which brought about a veritable industry in human commerce, and for the ideological, legal and religious practices which served to justify it. How was it possible to enslave almost 40 million men over nearly 13 centuries? How was it possible to accept the fact that people were reduced to the state of simple merchandise, to be bought, sold, exchanged or bequeathed like common goods and chattels? It is time to present a transversal, global and inter-regional investigation into what remains the most comprehensive exercise in dehumanization ever orchestrated: the slave trade in black Africans from the 7th to the 20th century.

With the support of BNP Paribas Fortis 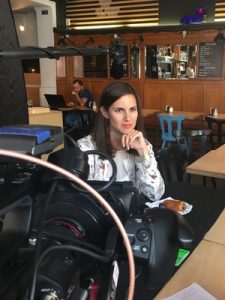 BELGIAN IS THE NEW HIPSTER

By Gilles DAL and Marc BALL

Pitch:From the sketch of Coluche “Les Belges” in 1979 to the TV sets of Canal Plus starring Stromae, François Damiens or Stéphane de Groot, something has changed. For the french, the Belgian, in thirty years, has moved from moron to hipster trendy, funny and ultra frequentable.

What happened? How did the Belgian, this ridiculous cousin, become the influencer of trends and reservoir of talents of a France formerly so prompt to ignore its french-speaking neighbors? Marc Ball and Gilles Dal led the investigation. The results are … surprising!

With the support of Planete+ and the CNC.

Broadcasted in autumn 2017 on Be TV

THE DRAWINGS OF YVES SAINT-LAURENT

Pitch: Yves Saint Laurent has made hundreds of thousands of drawings throughout his life, preserved today by the Pierre Bergé-Yves Saint Laurent Foundation. Loic Prigent has open the doors of this treasure still hidden from the public to makes us discover a new facet of YSL through the memories of Pierre Bergé but also historians and former collaborators. 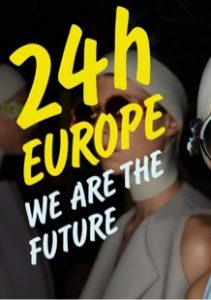 Pitch: 24H Europe – We are the future’ is a 24-hour expedition into the European continent and to the people who are its future. The program follows 60 protagonists from 25 nations, between the age of 15 and 30. They lead us into their world, share their everyday lives, their dreams and realities. University graduates turn into business consultants, while Banlieue dwellers lag behind. Locals, migrants, strangers, lost souls. Saving lives at sea, fighting for their homeland. Volunteers in hospitals, searchers in the provinces, hipsters assessing their global possibilities. 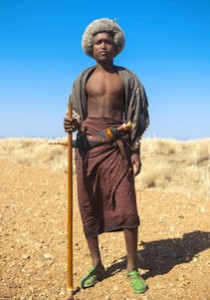 THE AFRICAN JOURNEY OF THE JELLY SHOES

Pitch: Let’s give the plastic sandal its rightly deserved place in the pantheon of Mankind’s shoes. Although no one dares questioning its timeless contribution to the comfort of our feet, who really knows its true story? Who remembers that it was born on the workbench of an Auvergne knife maker on February 1946? That it soon crossed the borders before invading the French Colonial Africa? That it will be used for military uniforms, fashion, sports or at work? Who could have known that it would escort fights for independence and one day become a symbol of national identity? That it would soon become the most-worn shoe on the continent! From the Ivory Coast to Kenya, from Cameroon to Eritrea, this report follows with great orthopaedic rigour the traces of this illustrious sandal.

With the support of the Belgian Film Fund, WIP (Wallonie-image Productions and the RTBF (Belgian television) 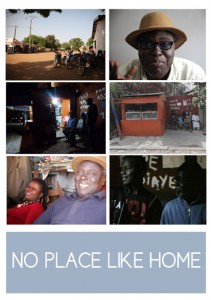 Pitch: For almost 30 years, Amala, a radio host fed by Rasta philosophy, has been using his « Reggae Massive » program to promote Africa and convince listeners to build their future there. Touched by the increasing departure of young people for Europe, Amala decides to leave his comfortable chair at the RTS, to meet people who live or have lived emigration in one way or another. Accompanied by Petit, a Taximan from Dakar, their trip begins with a big difference of ideas: while Amala dreams of an Africa that is being built up, Petit is only dreaming to go to France. The two acolytes will cross the path of young people filled with dreams, fear and envy, but also listeners filled with hopes and committed to develop their region.

With the support of the Belgian Film Fund and the DGD